Next month, Myanmar’s first openly gay candidate will contest the country’s general election in what could be a watershed moment for LGBTQI rights in the socially conservative Southeast Asian nation.

As with many other former British colonies throughout Asia, homosexuality remains criminalised in Myanmar by way of archaic laws that are remnants of colonial rule. At the core of these laws is section 377 of the Penal Code which makes “unnatural sex” a criminal offence that is punishable by up to 10 years imprisonment, although the law is not strictly enforced.

“Although section 377 does not specifically mention same sex relations, it is assumed that homosexuality falls under the broad definition of ‘unnatural sex’ and the police have used it [along with other laws]to harass or bribe LGBTQI people,” said veteran LGBTQI rights campaigner, Aung Myo Min, in an interview with Star Observer.

In 2013, the leader of the National League for Democracy (NLD), Aung San Suu Kyi, called for the decriminalisation of homosexuality in Myanmar, saying that its criminalisation was hampering efforts to treat HIV amongst gay men in the country. Since 2015, the NLD has held a majority in the country’s parliament, but five years on and homosexuality remains criminalised. Frustration over the failure of elected members of parliament to take action to improve the rights of LGBTQI people led to Myo Min Htun deciding to join the People’s Pioneer Party and stand for election as Myanmar’s first openly gay candidate.

“We voted for MP candidates and secured them their seats in parliament,” he told Myanmar Now in September. “But they were nowhere to be found when we needed their help. So I decided to stand for parliament myself instead of asking them for help.”

As a regional MP, Myo Min Htun will be unable to directly work on repealing section 377 if he is elected to parliament, but says that he will instead use his position to tackle police abuse of LGBTQI people, particularly in his seat in Myanmar’s second largest city, Mandalay, where there have been many instances of LGBTQI people being wrongfully arrested, beaten and abused by the police.

Trans women are especially vulnerable to police abuse and have reportedly been subjected to torture and sexual assault at the hands of police. In one instance, a group of transgender women were rounded up by the police, had their clothes ripped off in public and were forced to show intimate parts of their body, before being taken to the police station, where they were touched inappropriately and made to dance erotically in front of the police and other inmates.

Hla Myat Tun, the Deputy Director of Colors Rainbow Myanmar, told Star Observer that trans women are often seen as easy targets by the police, who have arrest quotas that they need to meet, because their appearance and identity makes them visible.

“If they are not going to fill their quota, the police will make cases against trans women and fill the quota that way,” said Hla Myat Tun. But any legislative change to improve the rights of Myanmar’s LGBTQI community won’t come easy, with 25% of parliamentary seats reserved for members of the country’s staunchly conservative military.

Working in Myo Min Htun’s favour is the growing support for LGBTQI rights among Myanmar’s political parties. The ruling National League for Democracy, which is expected to be returned to power at the election, has committed itself to eliminating discrimination against LGBTQI people as part of its 2020 election manifesto. Other political parties like the Shan Nationalities League for Democracy and the Myanmar National Congress Party have made similar pledges.

Within society, there are also signs of softening attitudes towards LGBTQI people following the tragic case of 25 year old Kyaw Zin Win who took his life last year because of homophobic bullying in his workplace. Hla Myat Tun says Kyaw Zin Win’s death shocked the country and galvanised support for LGBTQI people.

“It was really big news and people were really emotional and showing their support towards LGBTI kids and a lot of families have stood up in support of LGBTQI equality.”

Will this be enough to see the first openly gay candidate elected to Myanmar’s parliament next month?

“We don’t know yet how many voters will accept [an openly gay candidate]because we are at the first stage of [political]visibility and testing the waters,” Aung Myo Min said. “But it’s a breakthrough because LGBTQI issues are never on the political agenda in Myanmar and it’s a first step that shows LGBTQI people that they can be part of the elections as candidates.” 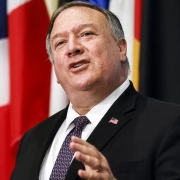