Union Minister for International Cooperation U Kyaw Tin presented Myanmar’s Instrument of Ratification of the treaty—formally known as the Optional Protocol to the Convention on the Rights of the Child on the Involvement of Children in Armed Conflict (CRC-OPAC)—to the UN secretary general during the UN Treaty Event of 2019 at the world body’s headquarters in New York on Sept. 27, the ministry said. The instrument was presented via the chief of the UN Office of Legal Affairs.

The protocol was adopted by the UN General Assembly on May 25, 2000 and entered into force on Feb. 12, 2002. Myanmar is the 169th country to ratify the protocol. The Ministry of Foreign Affairs described the ratification as a further significant step toward the protection of child rights.

Early last month, as the Union Parliament debated ratifying the protocol, U Kyaw Tin said, “The ratification will help improve the image of Myanmar as well as the Tatmadaw [Myanmar’s military].”

Under the protocol’s Article 3(2) and Article (4), as part of the ratification process, Myanmar filed declarations that will allow it to implement the treaty in accordance with domestic realities, the Foreign Ministry said in a statement. According to U Aung Myo Min, “By making the declaration about Article 4, the government means it can’t take responsibility for non-state ethnic armed groups to make sure they don’t recruit or use in hostilities persons under the age of 18 years under any circumstances.”

He called on the government to start discussions on the military use of children in its peace talks with ethnic armed organizations to facilitate the release of child soldiers by armed groups.

Myanmar has been on the list of the countries that use children for military purposes since 2003. According to the UN Secretary General’s Annual Report on Children and Armed Conflict, the Myanmar military and six non-state armed groups in the country have recruited and conscripted children under the age of 18 years.

According to figures released by the Ministry of Social Welfare, Relief and Resettlement in May, the Tatmadaw allowed 1,579 soldiers under the age of 18 to resign between 2014 and March 2019.

Myanmar ratified the Convention on the Rights of the Child in 1991, and enacted the Child Rights Law in 1993. However, the original law had no provisions regarding the military use of children. The Union Parliament passed amendments to the law in June 2019 introducing a new chapter on children and armed conflict.

Sections 63 and 64 of the law bar the Tatmadaw and non-state armed groups from recruiting and conscripting children under the age of 18 years. 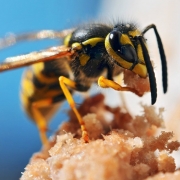 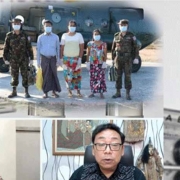 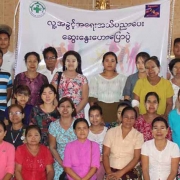 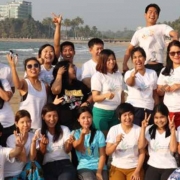 Will Glimmers of Good News Continue as Myanmar Moves Into a New Year?