(UPDATED) The bill will now be tackled at the bicameral conference committee level, where lawmakers will reconcile conflicting provisions in the House and Senate versions 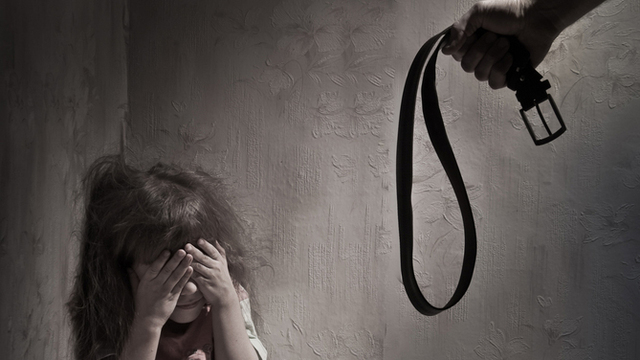 NO TO CORPORAL PUNISHMENT. Both the House of Representatives and the Senate have passed their versions of the bill against corporal punishment of children. Photo from Shutterstock

MANILA, Philippines (UPDATED) – The House of Representatives approved on 3rd and final reading a bill that would protect children from physical, humiliating, or degrading acts of punishment.

Lawmakers voted 163-2-0 in favor of House Bill (HB) No. 8239 or the Positive and Non-Violent Discipline of Children Act on Monday, November 12, the same day the 17th Congress resumed session after taking a month-long break. The House Secretariat later gave updated figures from the earlier 164-1-0 voting.

The bill bans subjecting to children to any form of physical, humiliating, or degreding acts of punishment at home, in schools, institutions, alternative care systems, the juvenile welfare system, places of religious worship, and “in all other settings where there is direct contact with children.”

Any reports of such acts against children should be brought to the attention of barangay officials or police.

Section 7 of HB 8239 orders the barangay captain to “immediately determine” whether a reported act may be considered a form of physical, humiliating, or degrading punishment against the child concerned.

If the barangay captain assesses that the act is a violation, he or she may:

Repeat offenders would be required to undergo seminars on positive discipline, anger management, and children’s rights as well as counseling or therapy sessions, or avail of other rehabilitative services available.

Criminal cases may also be filed against violators if the offense is punishable under the Revised Penal Code.

The Senate version of the bill was already approved last October 8. This means the anti-corporal punishment measure will now go to the bicameral conference committee, where lawmakers will have to reconcile conflicting provisions in the Senate and House versions.

One thing legislators would have to reconcile are the penalties for offenders, as those listed under the Senate version are more comprehensive.

Among the findings of a 2005 Save the Children study is that 85% of children admitted they were punished at home, while 82% said they were hit on different parts of the body. – Rappler.com